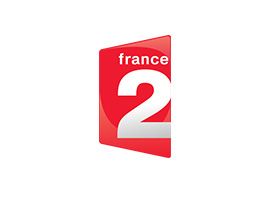 Originally under the ownership of the RTF, the channel went on the air for the first time on 21 December 1963 as RTF Télévision 2. Within a year, ORTF was rebranded as La Deuxième Chaîne (The Second Channel). Originally, the network was broadcast on 625-line transmitters only in preparation for the discontinuation of 819-line black & white transmissions and the introduction of color. The switch to color occurred at 14:15 CET on 1 October 1967, using the SECAM system. La Deuxième Chaîne became the first color television channel in France ? TF1 would not commence color broadcasting on 625-lines until several years later. Such technology later allowed the network to air programming in NICAM stereo (compatible with SECAM).

The present channel is the direct successor of Antenne 2. Privately owned channels such as Canal+ and La Cinq (now superseded by France 5) soon became major competitors to the state-owned channels after the state monopoly was lifted. The breakup of ORTF had been intended to stimulate competition between the public channels but failed in this aim; both TF1 and Antenne 2 came to rely on a diet of popular entertainment shows alongside cheap American imports, seeking to maximise ratings and attract advertisers.

TF1 was privatised in 1987, radically affecting the balance of the French television market. The focus on ratings led to strong rivalry with TF1, for instance prompting the two channels to broadcast popular shows and news programmes in the same timeslots. TF1 and France 2 compete for the same demographics; dramas (including American imports), game shows and light entertainments form the dominant mix on both channels.

Some of the programs broadcasted: